This day the celtic tiger is turning into PIIGS and nobody wants to touch the Irish bonds with a barge pole. However, there is one thing not self-respecting middle-aged women and men can do without which is found only in the West Coast of Ireland – BOTOX!. The Allergan factory that produces the entire wold supply of Botox is located in the picturesque town of Westport in County Mayo. 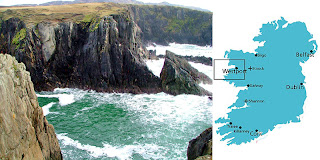 The local claims the Westport scenery is as good in erasing
the frown lines as their famous product.


Botox is the most lethal toxin known to men and the cause of food poisoning (botulinism). The bacteria that produce it was discovered in 1895. However, it was not until 1950s that scientists began to experiment with botox medically and found that in minute quantity it can paralysed selective muscles. Until the late 1980s, botox was only used for crossed eyes (strabismus) and uncontrolled blinking or facial twitching (blepharoplasm and hemifacial spasm).

The use of it as wrinkle erasers was discovered by chance by a couple of husband and wife ophthalmologist in Vancouver. Having a sharp eye, the wife noticed that patients treated by her husband for uncontrolled blinking had less wrinkles. As they say the rest is history, the couples are now Hollywood doctors to the rich and famous. Just goes to show if you open your eyes, they are fortunes to be made. This is good news for my junior doctors who helps me run a 3-monthly Botox clinic for over 40 patients with blepharospasm and hemifacial spasm from all over Sarawak. 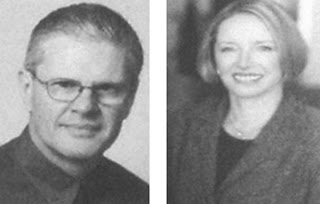 Alaistair and Jean Carruthers, the husband and wife ophthalmologists
who are the saviours of middle-aged women all over the world.

Aside from erasing the wrinkles, lifting the eyebrows, giving ones a good jaw line, there are many less glamorous uses of Botox including hyperhydrosis (excessive sweating of the arm-pit), spasticity of arms and legs in cerebral palsy and after strokes. More recently it has been approved for migraine.
Lesson of the story: “Dump Irish Bonds, buy Allergan Shares”