Live Anatomy of A Single Eyelid

This 48-year old patient with single eyelids undergoes a double eyelid surgery. The pictures taken during the operation shows the various structures of the eyelids. The pictures were taken by Terence Lim. 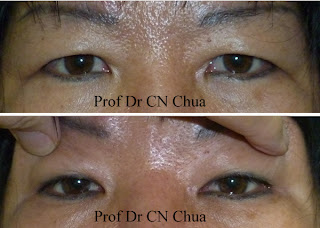 This patiet with single eyelids also has excess eyelid skin.
The second picture shows that when the upper eyelid skins
are lifted the eyes appear bigger. 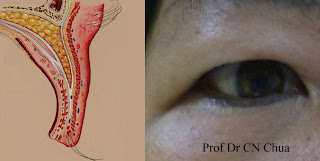 Fuller single eyelid at the beginning of the operation. 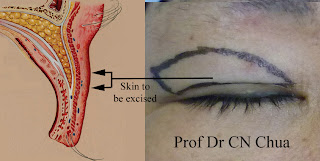 The skin to be removed was marked with a black pen.
The height of the double eyelid is set at 6mm. 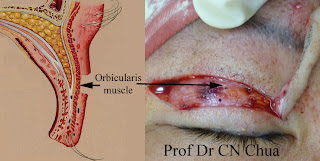 The skin is removed to show the orbicularis
(the muscles that shut the eyes). 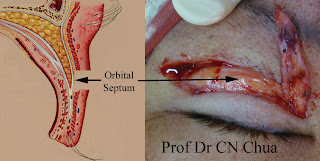 After removig the orbicularis, the orbital septum comes into
view.  In single eyelid, this structure joins the levator
(mucle that open the eye) at a lower site. As a result, the
fat is situated more anteriorly making the eyelid fuller. 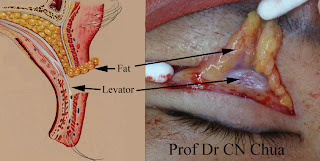 When the orbital septum is open, the orbital fat comes
forward. Underneath the fat lies the levator muscles. 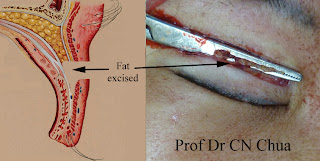 The fat is clamped and excised. 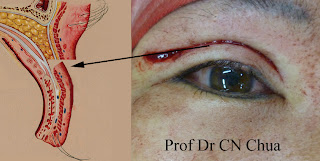 Once the fat is removed, the eyelid falls backward
and a double eyelid is formed.