Doc, Do I Need Operation on My Epicanthal Fold (aka epicanthoplasty, 開眼角) ? - Part 7

Double eyelid surgery without epicanthoplasty in
a patient without previous surgery.

However, there are exceptions to the rule and I usually recommend epicanthoplasty for the following:

b. Patients who want parallel skin creases. The presence of epicanthal folds may interfere with the creation of parallel creases making epicanthoplasty necessary. 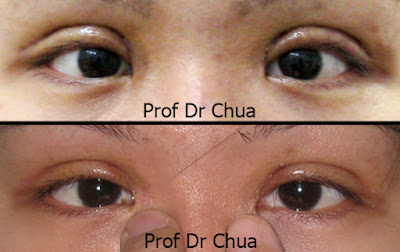 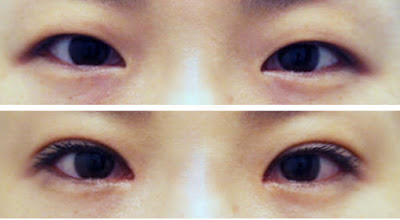 A patient with pseudo-squint, double eyelid surgery combined
with epicanthopasty not only make the eyes bigger
but also correct the pseudo-squint.

Posted by Chua Chung Nen at 6:41 PM No comments:

Doc, Do I Need Operation on My Epicanthal Fold (aka epicanthoplasty, 開眼角) ? - Part 6

As mentioned earlier, the choice of technique is very important in epicanthoplasty as the procedure is done in the inner corner of the eye which is prone to scarrings. Cuttings near the eyelid margin reduces are associated with less scarrings and faster recovery. Skin draping epicanthoplasty as shown here is an ideal technique.

Technique of skin redraping that cuts near the lid margin
and produces less scars.

Posted by Chua Chung Nen at 5:02 PM No comments: