Some of the people are fervently anti-plastic surgery considering it to be an affront to nature. However, I believe the facial feature is as important as the voice in daily social commincation. If a person had a hoarse voice, he or she would have no hesitation in seeking help to correct it. Similarly, a person with a less than pleasant facial feature should have the same right to look his or her best. The following are some Japanese women who had undergone amazing transformation and nobody of the right mind would deny these people are much nicer to look after the operations and likely to make more friends. 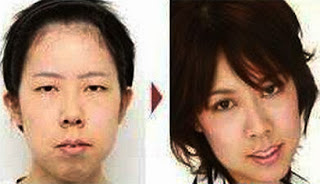 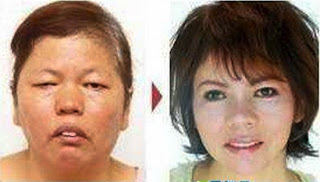 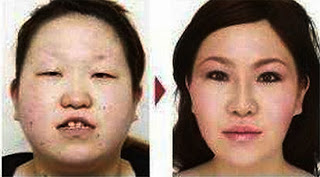 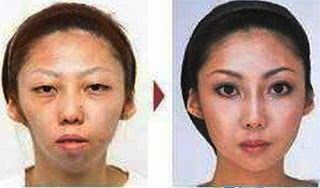 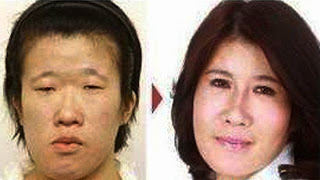 A common complication of double eyelid surgery is unequal heights of the double eyelids. Because the eyes are prominent parts of the face a different of 1mm can be obvious and cause distress to the patients. There are several reaons which may account for these complications and one of the commonnest causes is due to unrecognized droopy eyelid (ptosis) on the part of the surgeon before the surgery.

﻿
This young woman (above) went to a beautician one year ago because of xanthelasma (cholesterol deposits; arrowed). The beautician told her that the lesions could only be removed if she were to undergo double eyelid surgery by a "doctor" from China who happened to be in the saloon that week. Unfortunately, the double eyelids were unequal with the left one being too faint and high. In addition, the left droopy eyelid that she had since young became more obvious. In addition, the xanthelasma was not removed using the cream as prescribed by the beautician.

The middle-aged woman (above) had a left ptosis as shown by a higher left eyebrow (an attempt to open the eye wider with the forehead muscle). However, the surgeon missed the sign beause of excess eyelid skin in both upper eyelids. Post-operatively, the patient complains bitterly about the asymmetrical double eyelids.

Another patient (above) with a weak left eyelid muscle partially masked by the excess skin. After removal of the excess upper eyelid skin and double eyelid surgery, the left droopy eyelid became very obvious even though the skin creases were marked at the same height before surgery.

Another patient (above) who had a mild left droopy eyelid made obvious by double eyelid surgery because the double eyelid failed to form in the left eye due to the weak muscle. Again the left eyebrow was higher on the affected side in an attempt to open the eye wider by recruiting the forehead muscle.

Another patient with right droopy eyelid.

To avoid patients' dissatifactions, the eyelids should be examined carefully for any asymmetries. These two patients (pictured above) came for eyelid urgery, examinations of the eyelids reveal droopy eyelid on the right eyes. In order to achieve good results, the procedure should include strengtening the eyelid muscles (ptosis operation).

This young woman wanted to have double eyelid to the right eye only. However, eyelid examination showed that she also had a left droopy eyelid. To avoid postoperative asymmetry, the right double eyelid surgery was combined with a left ptosis operation.
Posted by Chua Chung Nen at 10:43 PM No comments: 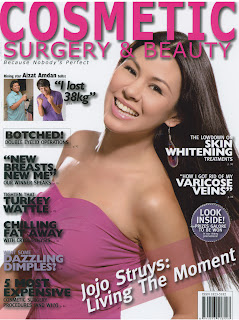 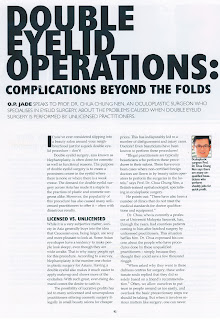 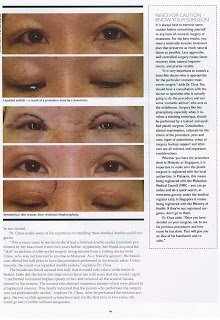 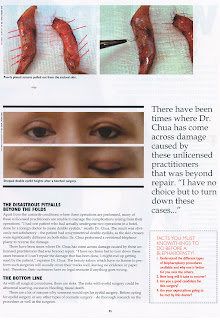 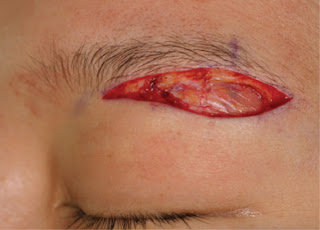 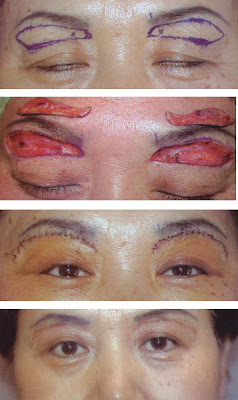 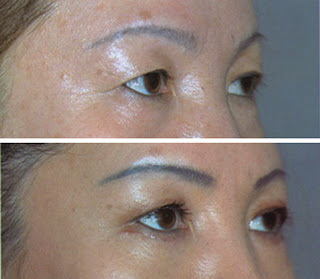 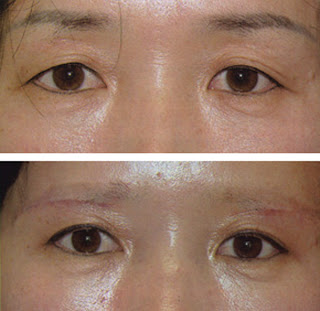 Doctor, how can my excess upper eyelid skin be removed?

Excess upper eyelid skin or medically known as dermatochalasis is a common ageing process seen in most patients over 40 years of age. The condition can give the patients a tired look and if severe can interfere with one's vision. There are 4 ways to address this problem as shown below: 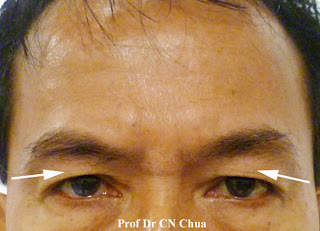 The arrows point to the excess upper eyelid skin that droop over
the eyes and cover the double eyelids making the patient
appears tired. 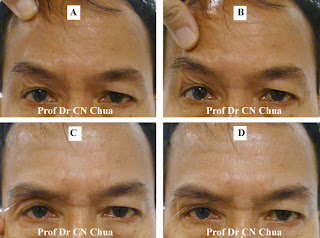