Doctor, Is this Cancer?

This man was alarmed by the appearance of a yellowish lump on the side of his left eye. He came to see me worrying that it might be a form of eye cancer. Examination showed the lump to be soft and arose from behind the globe. Its colour and location indicated this was fat that had came forward from behind the eye. The condition was more of aesthetic concern than one of functional. The fat was excised under local anaesthesia. 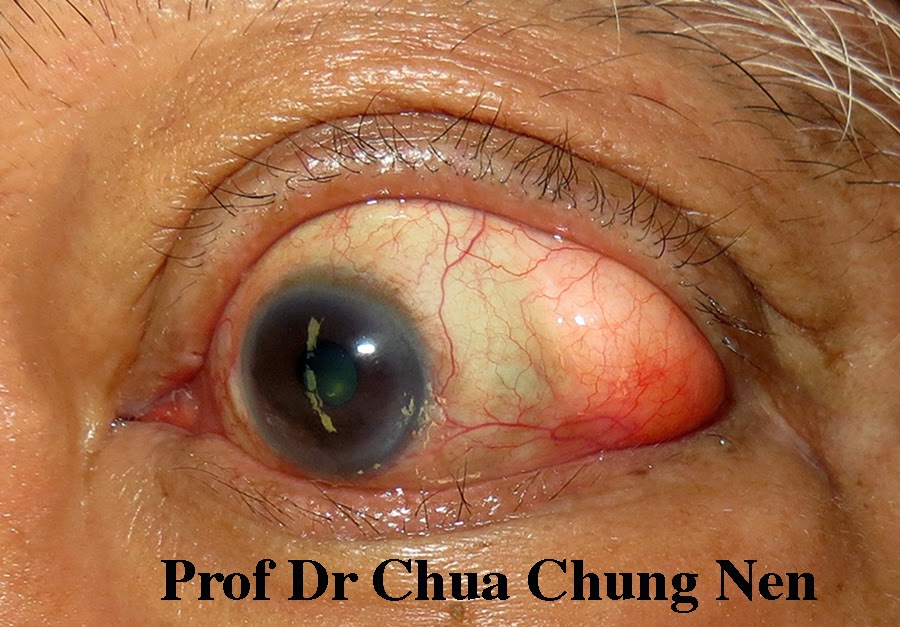 A yellowish lump in the upper outer corner of the left eye. 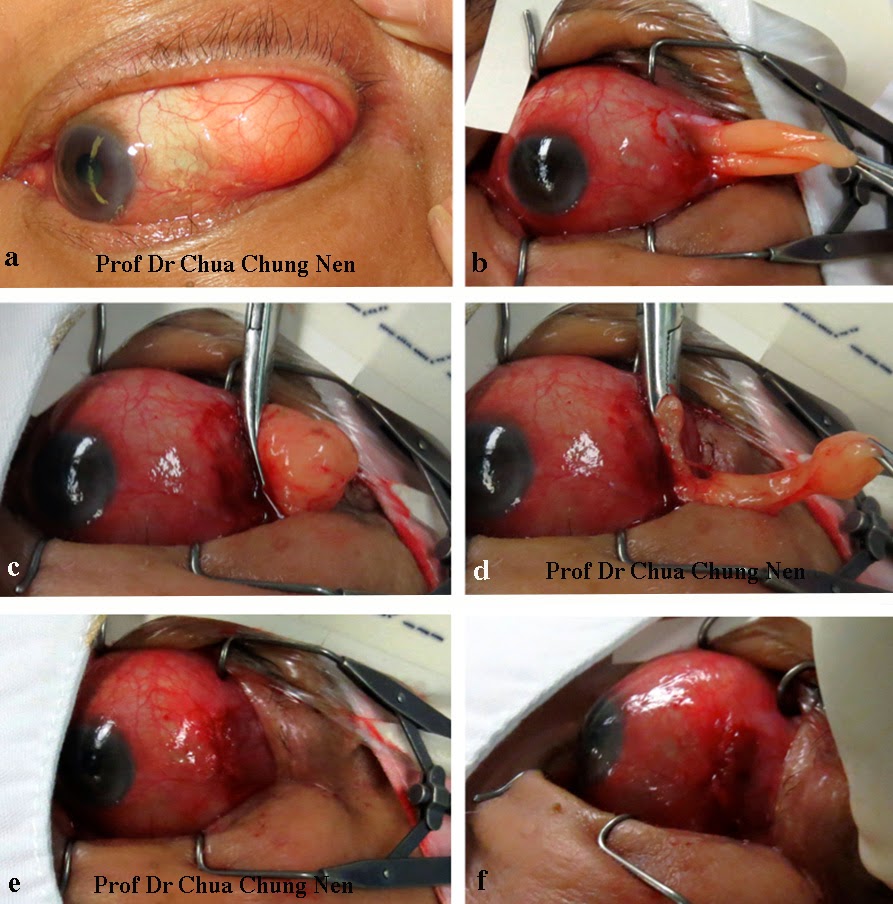 a. The lump came from behind the eyelid; b. The fat was gently pulled out after incising the
eye white; c. The fat was clamped to prevent bleeding before cutting with scissors;
d. After removal of the fat, the cut end was cauterized to prevent any bleeding;
e. At the end of the surgery; f. The eye white was sutured using 8/0 ethilon.