Doc, Can You Straighten My Eyes? VI

Patients with high myopia may sometimes develop a very significant convergent squint which is not only cosmetic disfiguring but severely affect the vision. The mechanism is thought to be herniation of the globe outside the muscle cone usually between the superior and lateral rectus (as mentioned in previous post). Surgical correction is often complex as simple recession/resection technique is usually insufficient to significantly correct the malposition. One way of correcting this difficult squint is with muscle transposition. However, it is important to inform the patients that more than one operation may be needed for good outcome. 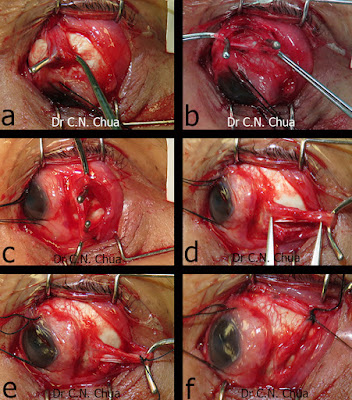 Surgical procedure showing transposition of muscles for myopic strabismus fixus.
The medial rectus was released and allowed to hang back by 8mm. a. The superior
rectus is isolated; b. the superior rectus is split into two equal halves; c. the lateral rectus
is isolated and split into two equal halves; d e and f. a 5/0 silk is used to tie the upper
half of the rectus at 15mm from its origin of insertion to the lateral half
of the superior rectus. The technique strengthen the lateral rectus
and push the globe back into the muscle cone. 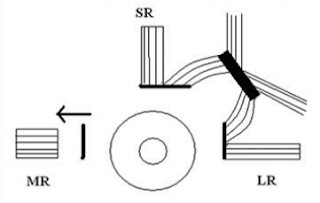 Diagramtic presentation of the procedure shown in the photos. 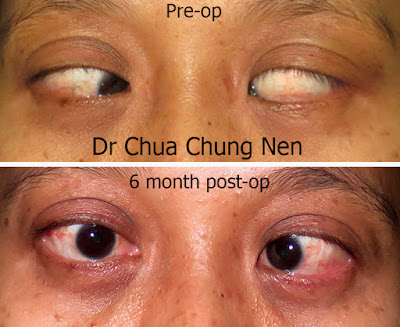 This patient has residual convergent squint but is able to perform
her daily activities without help. 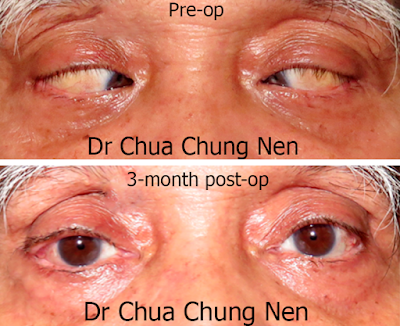 Despite the located lenses due to high myopia, this patient regains good vision after
the surgery while awaiting surgical removal of the dropped lenses. 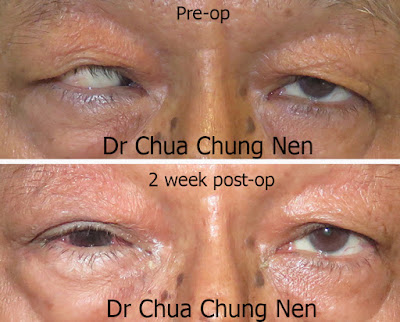 This patient has residual hypotropia but is pleased with his appearance.

Posted by Chua Chung Nen at 5:36 PM No comments:

Doc, Can You Straighten My Eyes? V

Most cases of squints are mild to moderate and involve the horizontal muscles. In such cases, simple techniques of recession/resection of the horizontal muscles (medial rectus and horizontal rectus) are all that are needed to restore the position of the eyes. However, there are occasionally difficult squints that call for special techniques and can only be treated by doctors who are proficient in performing challenging cases.

Examples of challenging cases are these three patients who presented with severe convergent squints and high myopia of more than -12.00. Some of the eyes are so far pulled inward that the cornea became invisible. They all suffered from a condition called myopic strabismus fixus. In this condition, the eye globes were abnormally elongated and prolapsed between the superior and lateral rectus (as shown by the diagram and the MRI scans). Simple recession/resection would not be enough to restore the positions of these eyes.

A 35 year-old woman with  -15.00D both eyes and bilateral severe convergent
squints. The left cornea was almost invisible. She had problems
seeing due to the severe squints.

A 60 year-old man with bilateral severe convergent squints and dislocated lenses
due to high myopia. He was referred for squint correction so that surgery
could be performed to remove the dislocated lenses.

A patient with high myopia and a right severe convergent squint. The right vision
has been poor since young and patient wished for restoration
of the eye position for cosmetic reason. 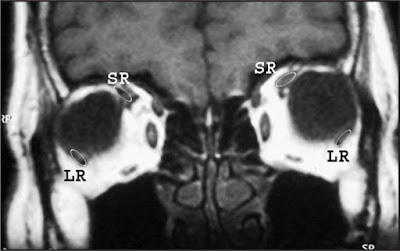 MRI showing prolapse of the globes between the superior and lateral
rectus in a patient with myopic strabismus fixus. 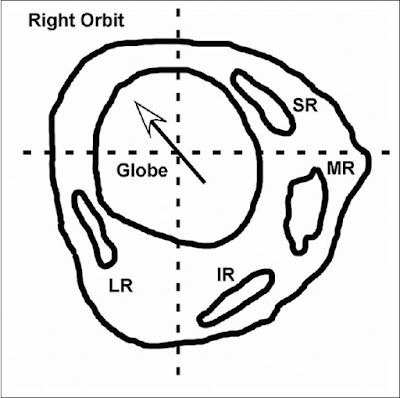 Diagram showing prolapse of the globe between the superior and lateral rectus
so that the eye becomes severely inward turning.