When Less is More

A young woman from a remote village is referred because of a right shrunken globe. She sustained an accidental injury as a child when a stick entered her eye at the playground. The referring eye doctor requested that her damaged eye to be removed (enucleated) so that an implant can be inserted and had her fitted with an ocular prosthesis. Examination reveals there is no visual function in the right eye.
Instead of performing enucleation as suggested, in which the patient needs many returned visits and may later cause post-enucleation syndrome (in which the disturbance of the orbital vasculature can lead to orbital volume loss; superior sulcus deformity, ptosis and lower lid laxity) which requires more surgical revisions, she was fitted with an ocular prosthesis over the blind eye. The result is reasonable and she is happy.

Poor cosmetic result as the prosthesis is too big.

Poor cosmetic result as the prosthesis is not centred. 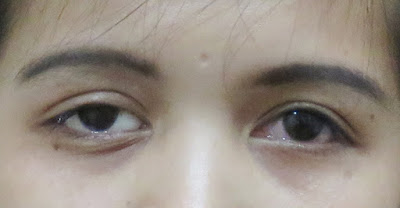 
Another patient with a left shrunken globe from childhood injury. The eye was fitted with a prosthetic eye  without removing the damaged globe. 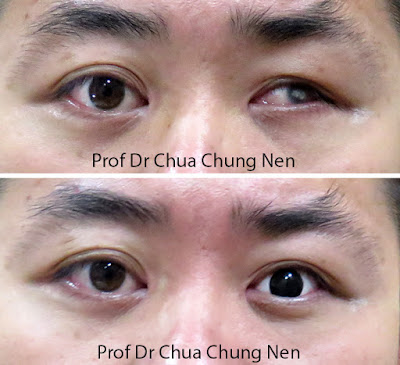 Left shrunken globe before and after insertion of a prosthetic eye.