Not Something an Oculoplastic Surgeon Likes to See - Part 2

The patient was initially reluctant to undergo any treatments but after much persuasion from the family members,  he relented.  The exenteration was performed under general anaesthesia. The wound was dressed daily and allow to granulate spontaneously without skin graft so that any recurrence can be detected early. 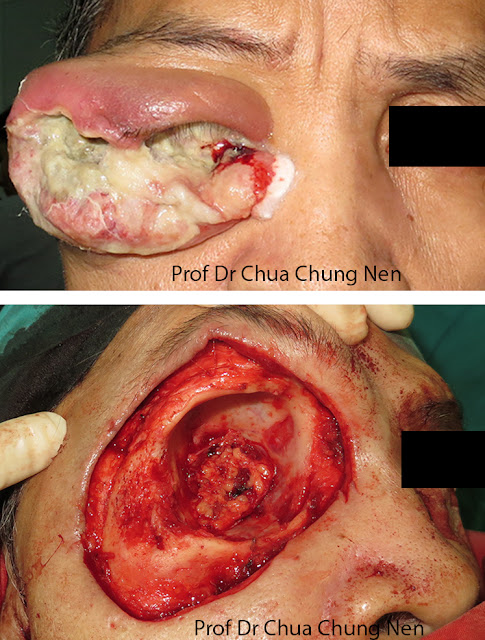 Picture before and immediately after exenteration. 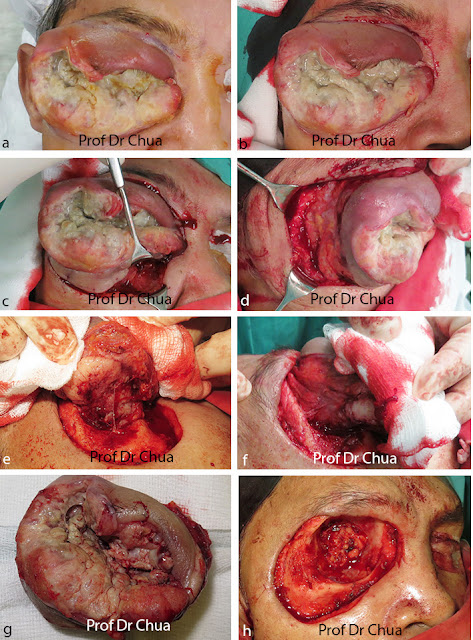 Figure a - h. Steps showing the procedure of exenteration in which the whole orbital content
including the periosteum was removed.