I shall be giving a public talk in March, 2011 about eyelid surgery and so have to cover double eyelid surgery (in addition to eyelid tumours, ptosis, eyebags and recontruction). Going through several review articles I downloaded, there is a plethora of information about different suture techniques for double eyelid surgery. At the last count, there are more than 20 techniquess described and these technique frequently bear the names of the surgeon described (I suppose this is not a bad thing if you want to increase your private patients load: "Hello, my name is Dr. Mikamo and I have a double eyelid technique named after me." and very likely the patients' confidence in the doctor will escalate). However, the majority are only slightly different from the Mikamo's technique who was the first to describe suture technique for double eyelid surger in 1896. Below are some of the methods described. Personally, I prefer the Maruo's method as there are more contact between the subcutaneous tissue and the underlying structure (tarsal plate or levator) and further more it is not necessary to pass the needle through the underlying surface of the eyelid and thereby prevent the risk of exposed suture irriating the eyes. 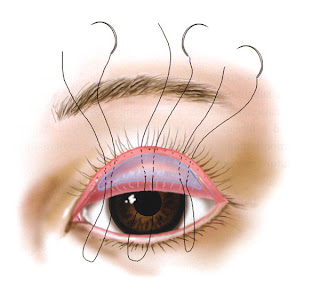 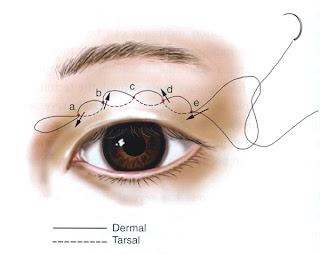 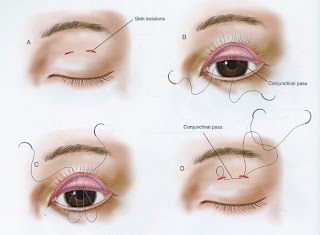 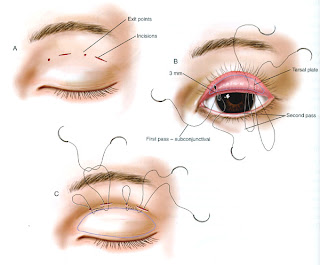 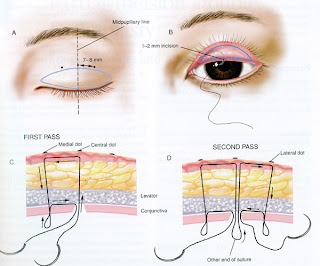