Which operation to do? and the Balloon Debate.

A 73 year-old woman with dementia was brought by her son to see me because of severe left ptosis occluding her vision. She had not been able to walk about at home unaided or pick up food at the table. She had had left cataract operation and implant 15 years ago using ECCE (which involved making a big cut to the eye and suturing). On examination, she had severe left droopy eyelid blocking the vision and with the eyelid lifted the vision was about 6/60 (with difficulty of communication) without glasses, refraction shows she need +2.00/-4.50X180. 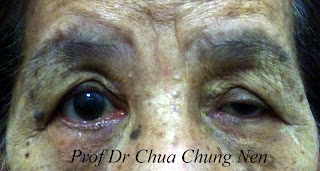 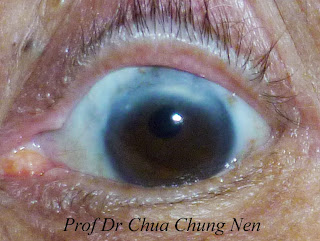 The right eye had a dense cataract that reduce the vision to hand movement. The son wanted me to lift the left eyelid, however, I suggested to him that it would be better to do a right cataract because of 3 reasons:
a. After lifting the left eyelid, there is a possibility that the lid may droop over the next few years;
b. In order to see well even after lifting the eyelid, she would still need gasses to see well and with he dementia she may have problem wearing the glasses and the high astigmatism may be uncomfortable for her and
c. It would take only about 10 minutes and without injectioin and at least 20 minutes to lift the eyelid and injection will be needed into the skin.
I would do the ptosis later if the family is concerned about her appearance but as the family's main concern is to improve her vision a right cataract shoul be done first. The son agreeded with my assessment and she underwent a successful cataract operation three weeks ago.
Although it is difficult to assess her postoperative vision, she is now able to find her way and feed herself. The family is happy to leave the droopy eyelid.

The moral of this case is to decide what is the most important that the patient or the patient's family wanting to achieve instead of making a knee jerk decision. I think this type of knee jerk decision is common amongst many doctors (me not excluded as I sometimes regret the decision I made but hopefully experience and time will continue to improve my skills).

Although the connection is oblique, I thought I will share with you the balloon debate which I read recently in Wikipedia. A balloon debate is a debate in which a number of speakers attempt to win the approval of an audience. The audience is invited to imagine that the speakers are flying in a hot-air balloon which is sinking and that someone must be thrown out if everyone is not to die. Each speaker has to make the case why they should not be thrown out of the balloon to save the remainder. Typically each participant speaks on behalf of a famous person, profession, fictional character, etc.

Assumming the balloon contained Maggie Thatcher, Josef Stalin and Adolf Hitler which person would you throw out? 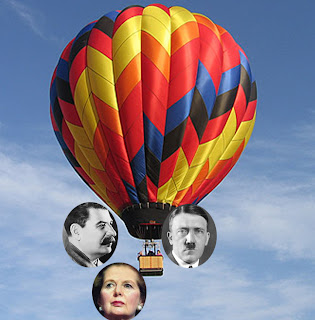 Before you answer this question, assuming the balloon contained this three sumo wrestlers, which one would you throw out? 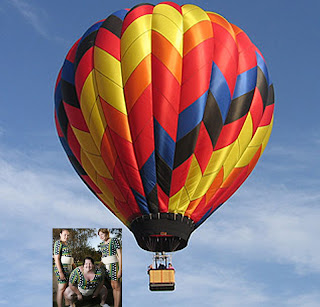 Any right minded person would throw out the female sumo in the middle as she is the heaviest . So before your knee jerk reaction to throw out Maggie Thatcher, you should decide who is the heaviest amongest the three 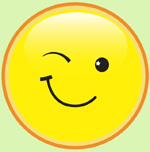