Would She be Able to Open Her Eye Again?

The patient in my last blog returned the next day for review. The reconstruction appeared secured but the family was concerned that she may not be able to open her eye again. 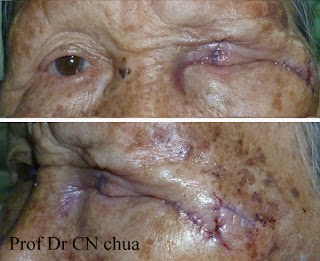 24 hours after excision of tumour and reconstruction.
The upper eyelid is closed.

So I have to reassure them with pictures of patient (see pictures below) who had had similar reconstruction. This 50 year-old man had had recurrent left upper eyelid stye which was repeatedly incised and drained. In the last treatment, the surgeon sent the specimen for analysis which showed sebaceous cell carcinoma. This tumour need early removal as it may spread to other parts of the body and cause death. 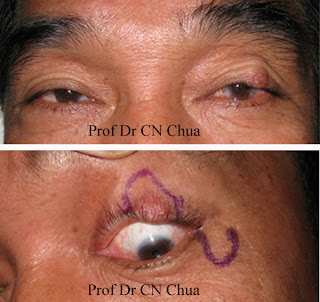 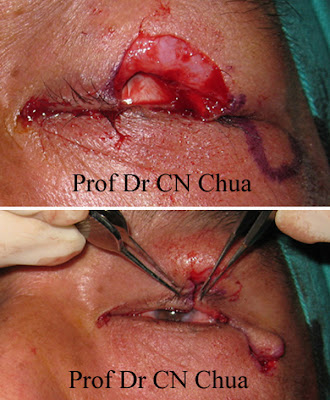 The tumour was excised with 5mm clear margin to avoid recurrence (see picture above). The eyelid was closed using the technique of reversed Tenzel's flap by mobilizing the tissue on the temporal side of the eyelid.﻿ 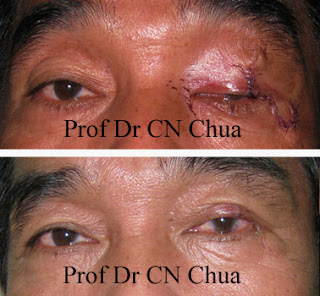 The left eyelid could not open immediately after the operaton. However, the left upper eyelid returned to near normal appearance at 4 weeks follow-up.﻿