A Patient with Problem Closing His Eye after Road Traffic Accident

This motor biker was involved in a road traffic accident resulting in loss of his upper eyelid skin. The repair performed in the emergency room did not replace the lost skin and the patient was left with difficulty in closing his left eye which gave him constant eye pain and blurred vision. 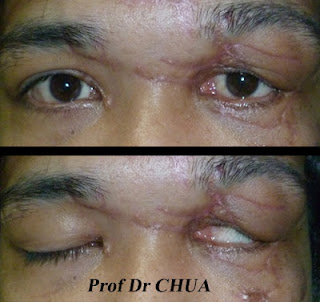 Left upper lid contracture from skin loss resulting
in closure problem.
He was referred to the eye clinic for further management. On examination, there was skin shortage resulting in left upper lid skin contracture. I performed a Z-plasty to lengthen the eyelid vertically and the lid closure improved. 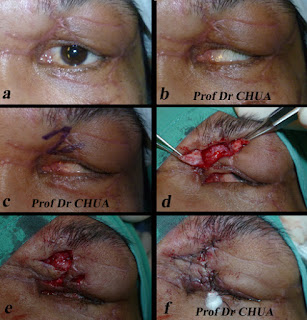 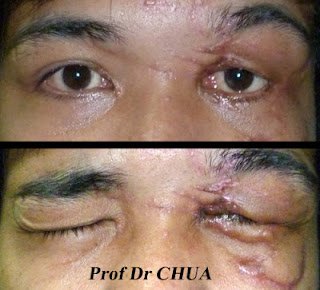 3 weeks after the operation. The upper eyelid had been
lengthened vertically and the eye closure improved.
Posted by Chua Chung Nen at 10:02 AM