This European man, who has been living in Malaysia for the past decade, presents with a left upper eyelid mass which grows rapidly over a period of two months. The lesion bleeds easily when touch but otherwise painless. A biopsy shows this to be a squamous cell carcinoma. Skin cancer is relatively uncommon amongst native Malaysians because the presence of increased melanin offers protection against ultraviolet light which is the main cause of skin cancer such as basal cell carcinoma and squamous cell carcinoma. Europeans who live in sunny countries are at increased risk of skin cancers as their skins have less melanin. 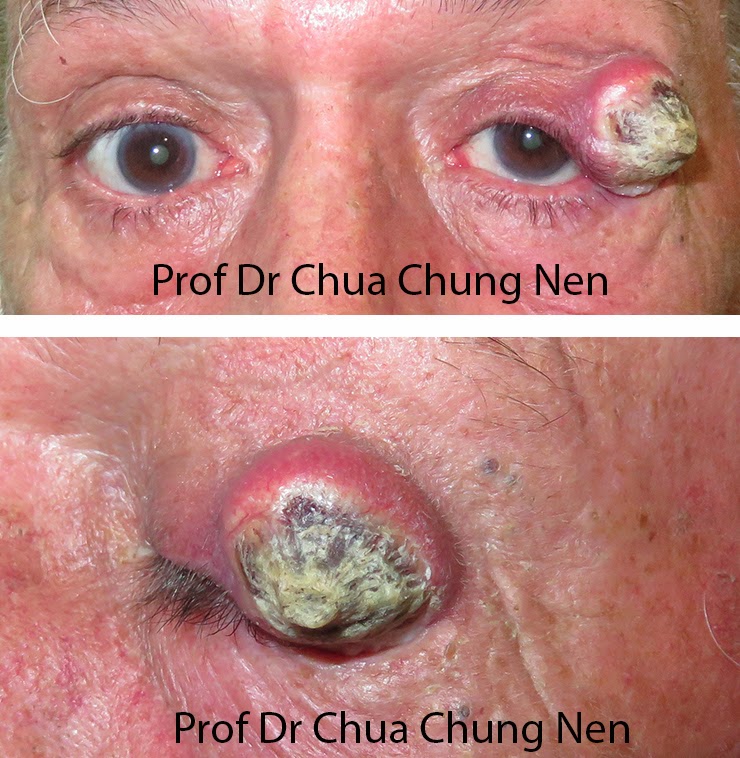 I excise the anterior lamellar with 5 mm clear margin. After getting clearance of the lesion from the pathologists, the raw surface is covered with bilobed flap. The patient has good result even at 3-week postoperative. The scar in white skin tends to heal better and less noticeable than patients with darker skin. 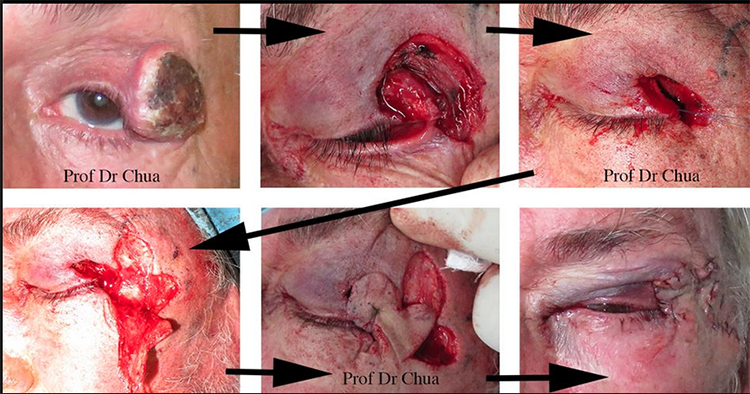 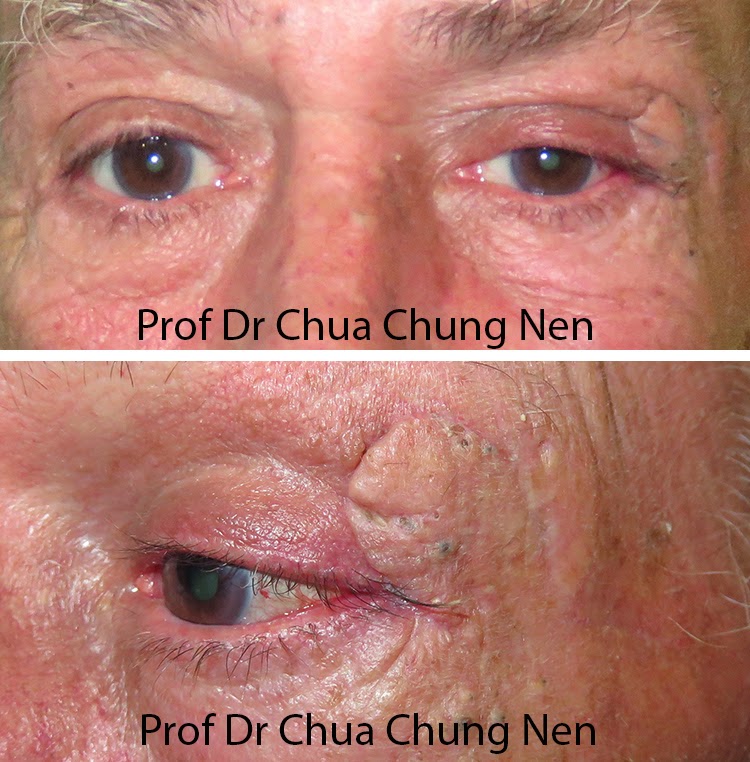