Doc, can you extend my double eyelid?

This girl with puffy eyelids underwent small incision double eyelid surgery two months ago. The result appeared satisfactory, however, she wanted the double eyelid to extend out further.

Right eyelid before and after small incision
double eyelid surgery. 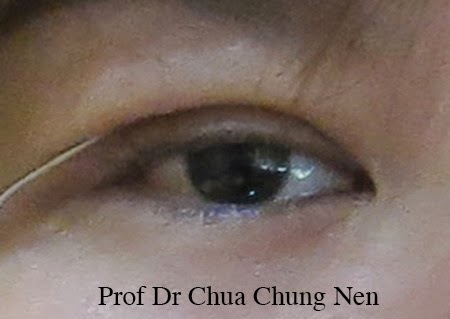 What the patient wished. The desired extension of
the double eyelid was created by using a paper clip.

I performed a small incision fat removal combined with suturing of the orbicularis to the levator aponeurosis to give the desired result. 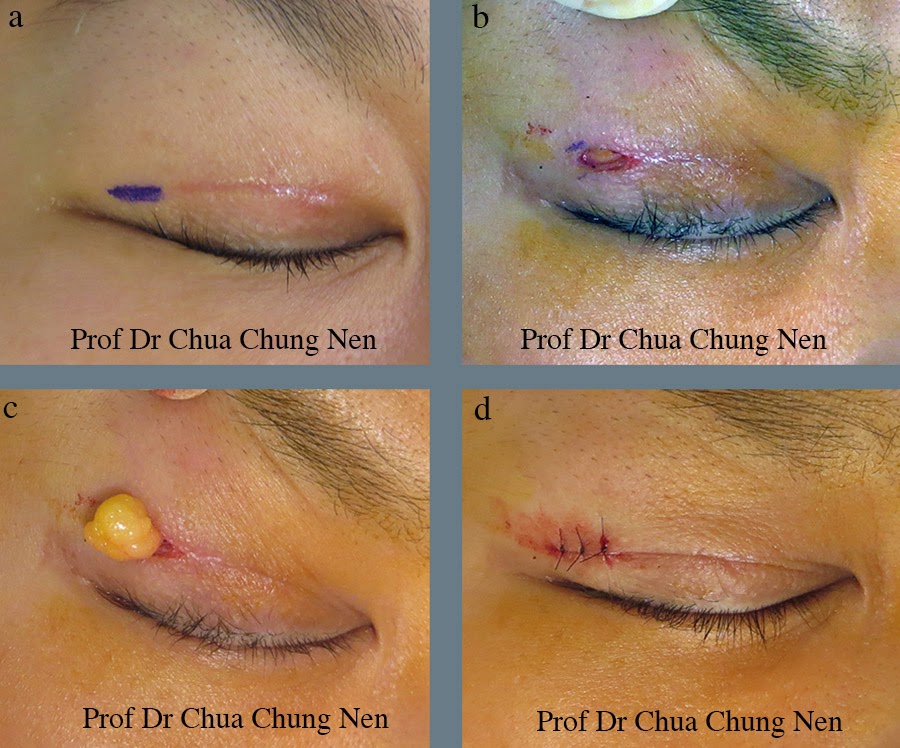 a. Marking was made along the desired double eyelid;
b. Incision was made through the skin, orbicularis and orbital septum;
c. The preaponeurotic fat was prolapsed and removed;
d. sutures of the orbicularis and levator were made
followed by skin to skin lid closure.

Pre and postoperative pictures (immediately postsurgery).
The double eyelid had been extended and
the outer eyelid less puffy due to fat removal.