This young woman complained of watery eyes associated with recurrent discomfort and red eyes. Examination revealed that her eyelashes were rubbing against her eyes. She had a condition called epiblepharon. 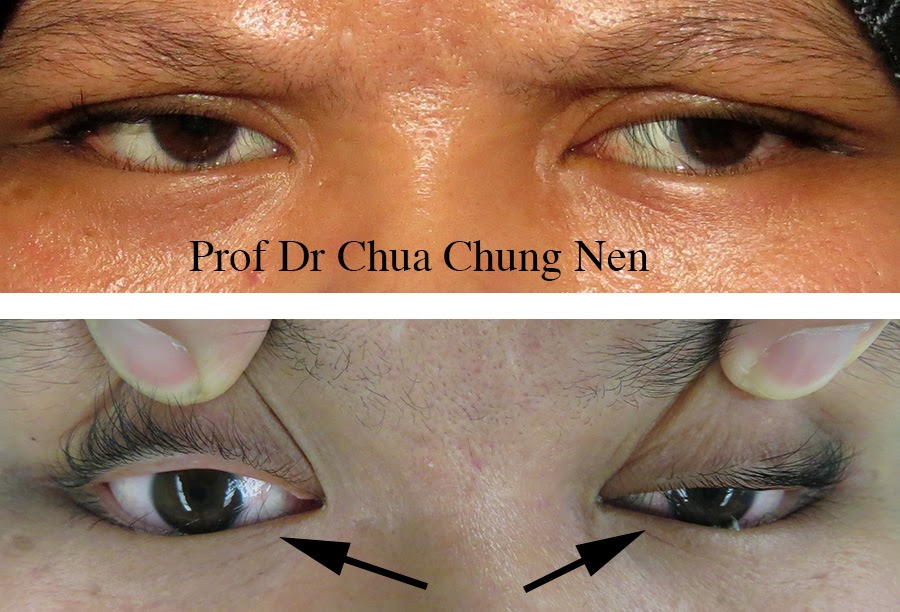 Ocular irritation from epiblepharon.
The arrows shows the excess skin that pushes the eyelashes inward. 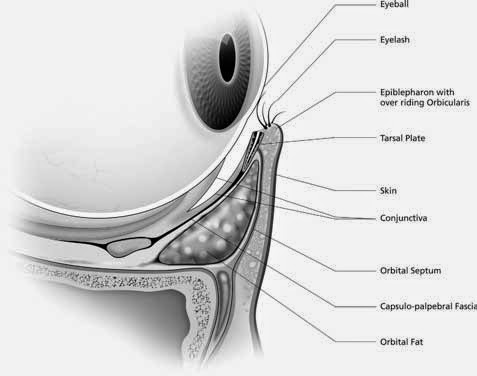 In epiblepharon, there is extra fold of skin in the lower eyelid which pushed the eyelashes inward against the eyes. Although this condition typically presents in childhood, this patient's condition was overlooked and presented only now. Most cases of epiblepharon do not require surgical treatment as the condition outgrow itself because as the face grows longer, the skin will be stretched and the lashes rotate into a normal position (the eyelashes pointing out rather than pointing in). While waiting for nature to correct itself, the use of lubricants can reduce the symptoms of irritation and redness. However, if the condition persisted beyond childhood or if there is eye injury from the eyelashes such as corneal abrasions and scars, surgical correction is the treatment of choice. In such cases, the excess skin and the underlying muscle are removed and the skin is sutured back together to roate the eyelashes outward. The incision is made just below the eyelashes. Although the scar is initially noticeable, this fades over several months and usually becomes unnoticeable in about 6 months. 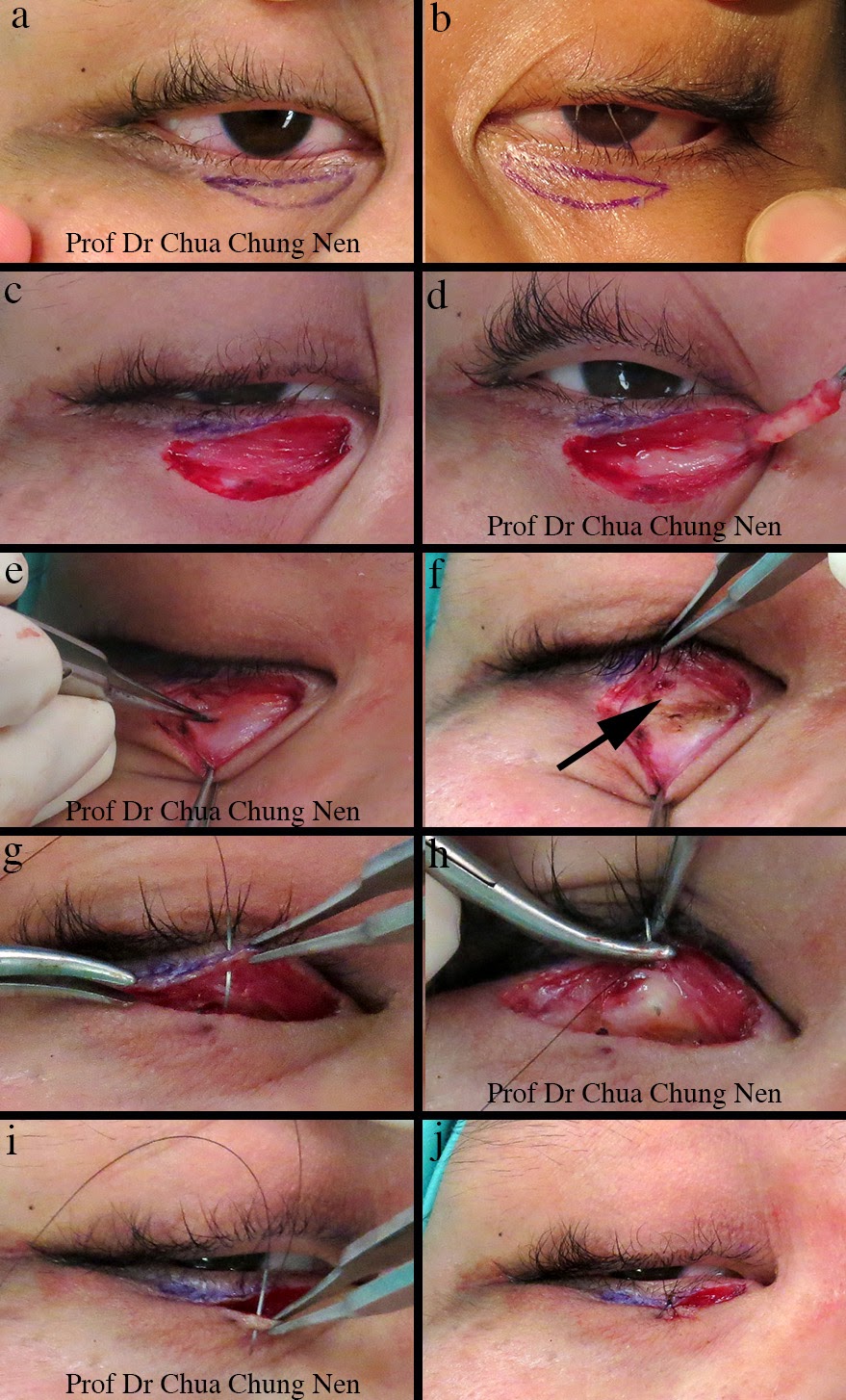 Steps of correction of epiblepharon. a and b. The excess skin were marked;
c. the skin is excised; d. the underlying muscle (orbicularis) is removed
to exposed the orbital septum; e. the orbital septum and the underlying fat pad
were cautherized; f. the tarsal plate (arrowed) was revealed after the septum and
fat pad were shrunk; g. suture was passed through the skin; h. suture passed
through the tarsal plate; i. suture passed through the skin again and j. tying of
the suture rotate the eyelashes outward.

Eyelashes were rotated outward at the end of the surgery.