What I did this Week.

Has been a hectic week, so not much time to update this blog until now. Did 15 cataracts, 3 pterygium and 9 oculoplastic cases. Here were the two tumour cases I did this week. Case 1 was a dark lesion in the lower eyelid referred as melanoma but could be anything until the histology confirms the diagnosis. Case 2 was a tumour of the lacrimal gland, the patient was supposed to have it done 6 months ago but the son objected then the tumour grew bigger and she could not open the eye so the daughter brought her in for removal again not sure of the exact diagnosis may be benign but may be malignant but the whole thing is now removed. 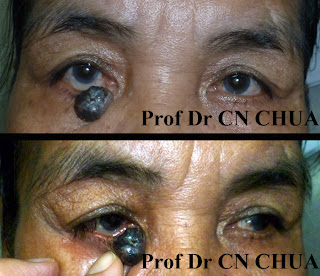 A large black lesion occupying about 1/3 of the lid. 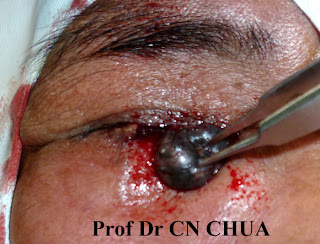 The tumour was removed via full thickness eyelid excision. 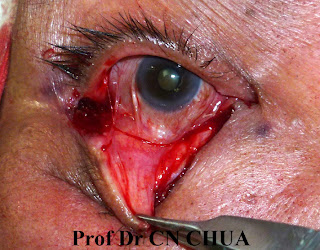 In order to close the defect, the outer aspect of the eyelid was
cut (canthotomy and cantholysis).

The tumour was sent off for analysis and the defect closed
with 6/0 vicryl.

A progressive enlarging mass in the left superotemporal
aspect pushing the eye downward. 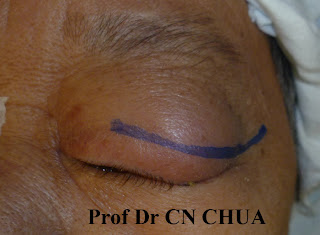 The upper eyelid was marked along the skin crease
with some extensivion. 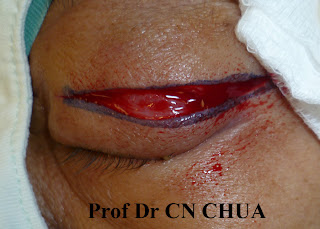 The upper eyelid was open along the skin crease. 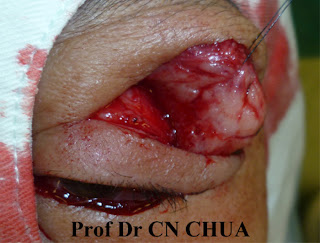 Tumour was identified and removed. 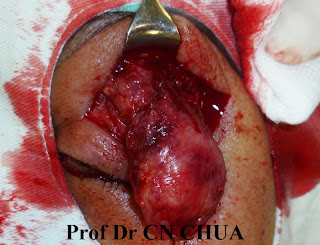 Further manipulation was needed due to the extension
to the back of the orbit. 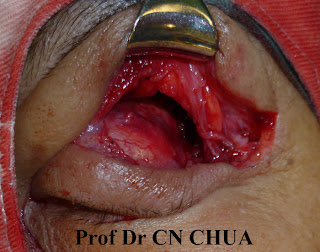 A large cavity was left after the tumour removal. 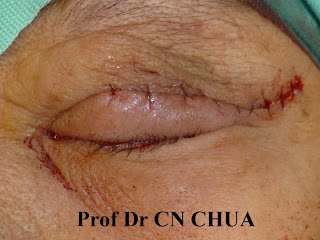 The wound was closed as marked. 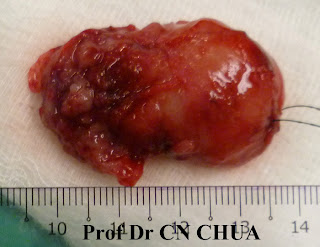 The tumour measured 4.5cm in length and was sent
off for histology.
﻿
Posted by Chua Chung Nen at 10:40 PM