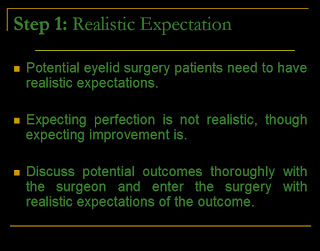 The slide summarizes the first step before embarking on eyelid
surgery. 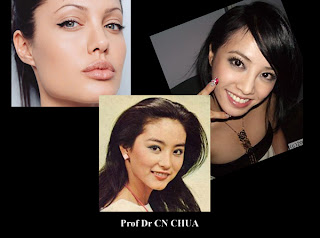 Some patients bring their favourite film stars and wanting to look
exactly like them. While it may be possible to achieve some
resemblance of eye shapes, an exact copy is not always
possible. Beware of doctors who over promise as
they often under deliver. 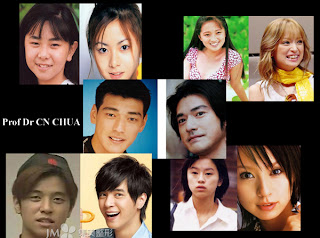 Pictures of film stars and celebrities before and after eyelid surgery
may mislead patients to believe eyelid surgery can make them appear
glamorous and may be disappointed when the operations only
enhance their appearance. 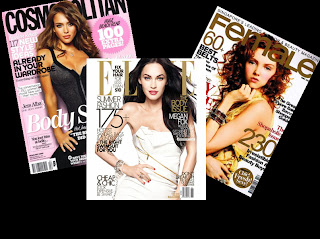 Western magazine featuring glamourous female Caucasians make some
Malaysian readers wanting to achieve the same deep-set looking
eyes. Unfortunately, the results can be a facial mismatch because
of ethnic differences in the facial features (bone structures,mouth
and nose). 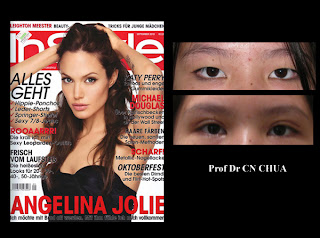 This girl wanted to appear like her idol. I promises to give her good
looking double eyelids but advise against having deep set eyes as
she would appear odd and may lose her ethnic identity which
she may regret. 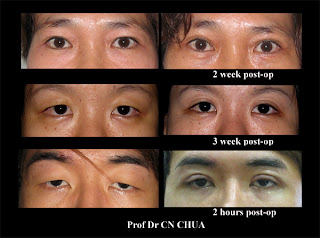 After eyelid surgery, there would be a period of recovery and patients
have to be aware of these and avoid being over anxious. Although
eyelid surgery can drastically appear the appearance of some
patients, most would be enhancement. 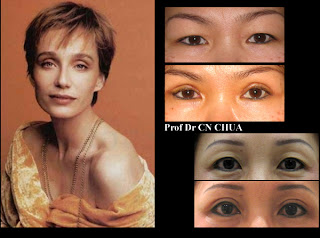 Some patients are insistent of achieving a certain look and after careful
counselling to ascertain they don't have any psychological problems,
it is safe to produce the desired results. However, it is important
to warn the patients the resutls may be difficult to reverse.

Will continue the lecture in my next blog.
Posted by Chua Chung Nen at 8:43 PM