A Boy who can't Shut His Eye

This boy was referred because of inability shutting his right eye leading to constant ocular irriation and tearing. He has had recurrent severe styes in the right upper eyelid for the past two years. Examination revealed contracture of the right upper eyelid from skin shortage. To correct the problem, the area of skin shortage was replaced with a flap from adjacent area as shown. 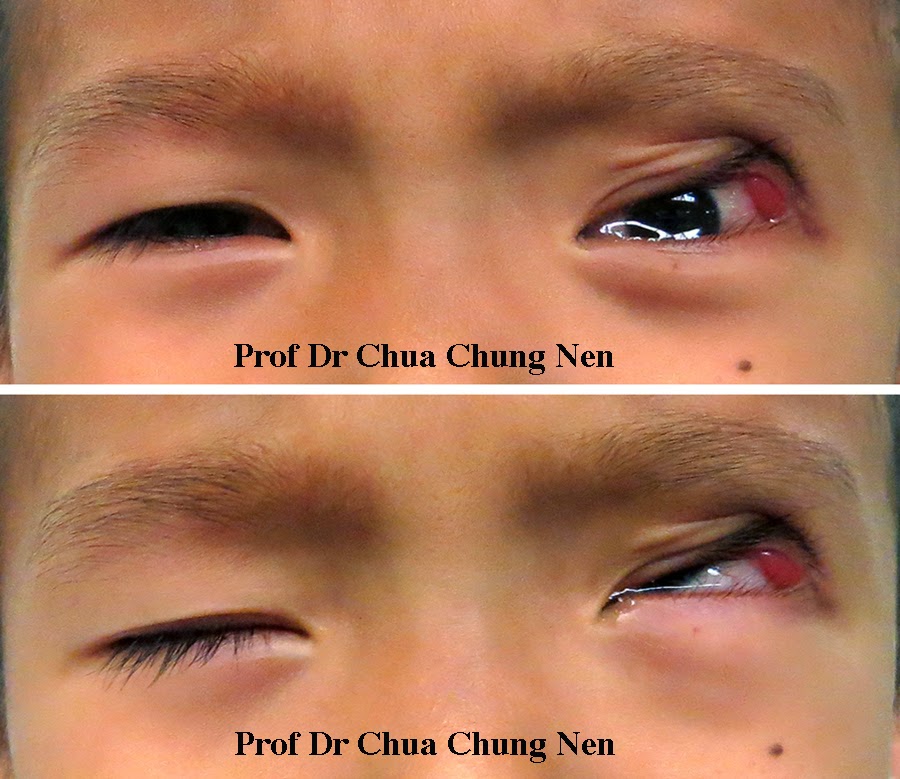 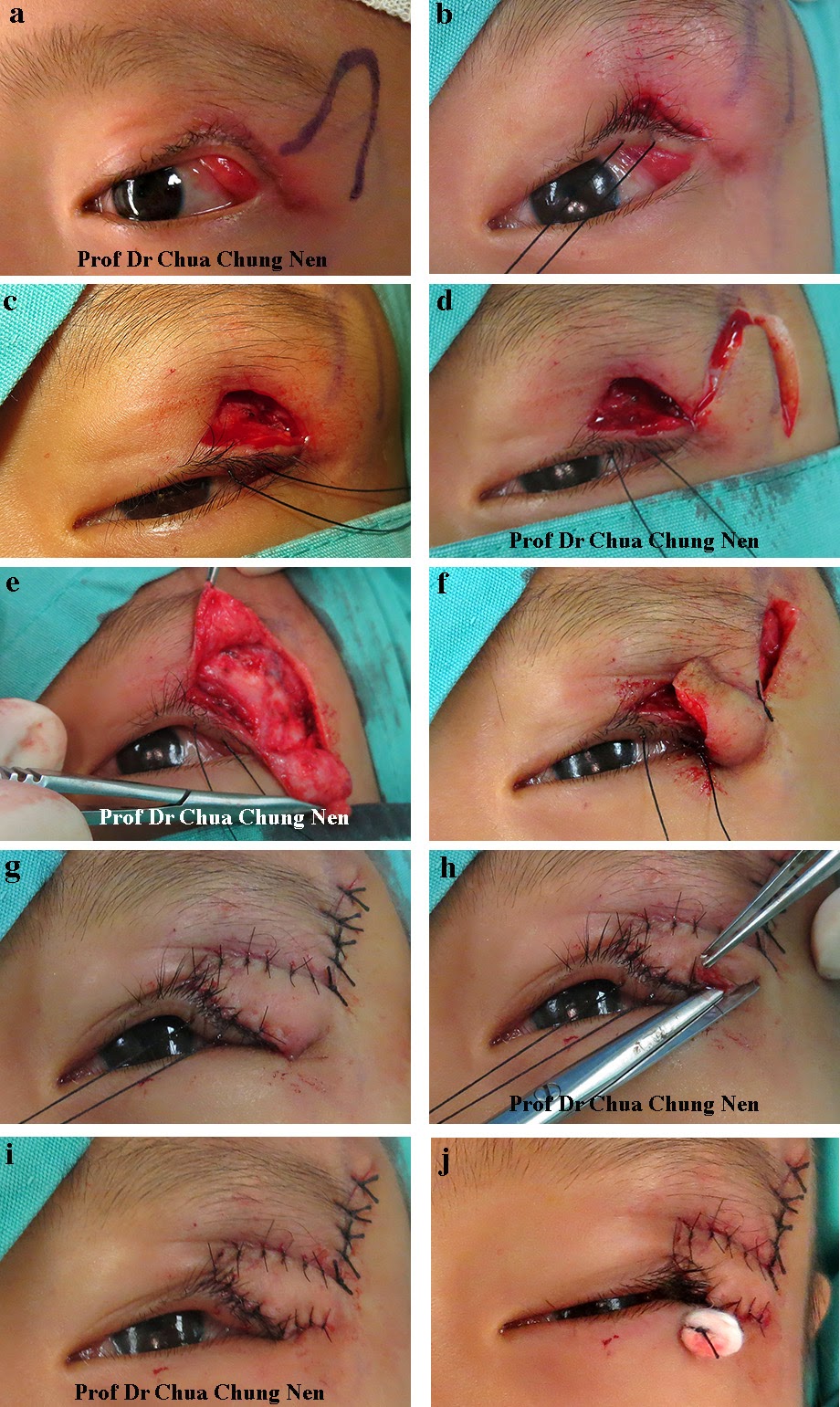 Steps of reconstruction.
a. the intending rotation flap was marked;
b. a horizontal  cut was made in the upper eyelid to release the contracture;
c. Dissection was done to fully release the contracture and allow the eyelid to rest in normal position;
d. the rotation flap was created;
e. the flap and the surrounding tissues were underlined to allow mobilization of the tissue without tension;
f. the flap was placed in position;
g. the site where the flap was taken was closed with 4/0 silk and the flap was sutured with 6/0 ethilon;
h. some trimmings was done to the flap to close better;
i. at the end of the operation and
j.  the temporal side of the eyelid was closed using 4/0 silk (tarsorrhapy) to immobilize the flap so that it may heal faster.
Posted by Chua Chung Nen at 10:56 PM