The eyes play a very important role in the perception of general facial attractiveness but is there a universal standard for beautiful eyes? The study by a group of Korean plastic surgeons show that though there are some shared features of attractive eyes across races there are also particular features of attractiveness that are race specific. (Biometric Study of Eyelid Shape and Dimensions of Different Races with Reference to Beauty. Seung Chul Rhee, Kyoung-Sik Woo, Bongsik Kwon. Aesth Plast Surg 2012: 36: 1236 - 1245.)
They analysed the eyes of average versus attractive female faces in the Koreans (which can apply to Chinese and Japanese too), Caucasians and Africans. Some of the interesting results are mentioned here. 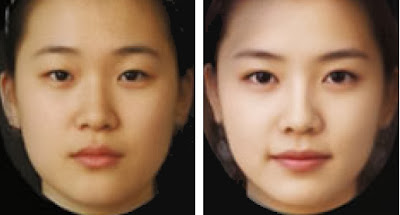 
The study shows attractive Korean faces have relatively wide-set eyes (the intercanthal distance) and bigger palpebral width (bigger eye opening). The double eyelids of the attractive face is higher than average and  have less epicanthal folds with more exposure of the nasal eye white. In additional, the eyes are less slanty (8.87 in attractive eyes versus 9.77 in average eyes). 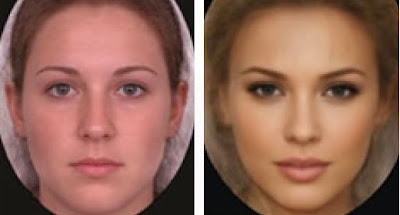 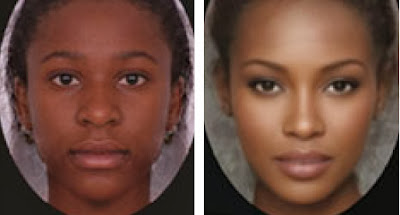