Doc, Can You Perform Suture Technique on My Puffy Eyelids?

Suture technique for creating double eyelid is useful in thin upper eyelids. However, in  puffy eyelids the failure rate is high because the fatty tissue in front of the levator muscle will prevent adequate adhesion between the muscle and the skin. Small incision technique in which some fat is removed is the recommended technique as it has the advantage over the full incision technique in having a shorter downtime. However, some patients are adamant in having any incision done to the eyelids for fear people would know they have had double eyelid surgery. In such patients, I modify my suture technique to increase the longevity of the double eyelids by removing fat through the mini-incisions.

A patient with puffy eyelids but didn't want any incision technique. 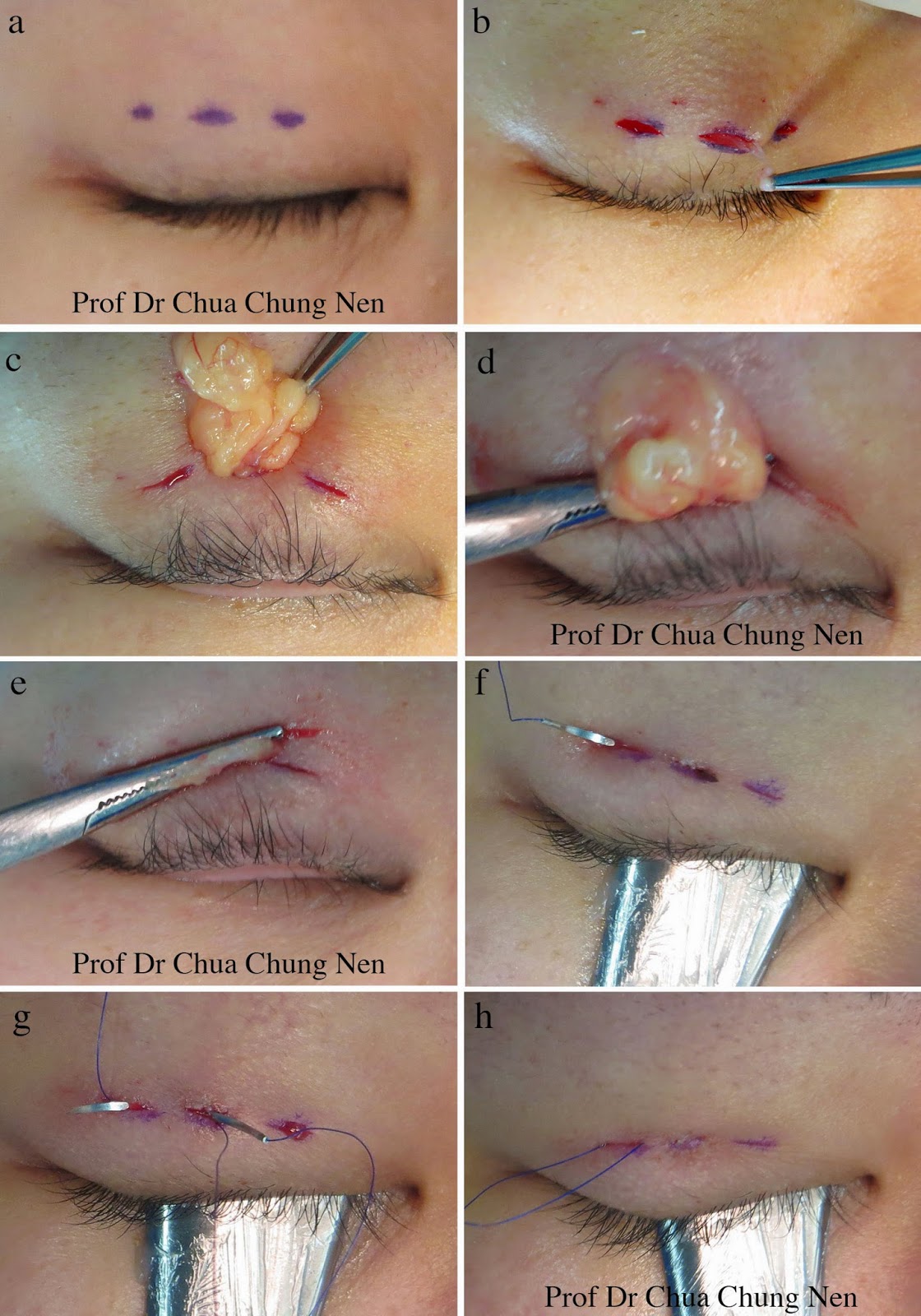 Modified suture technique. a. Three markings were made 7 mm above the eyelid
margins; b. 3 stab incisions were made through the markings and the orbicularis
and orbital septum were removed using forceps and Vanner scissors; c. fat was
prolapsed through the small incisions; d and e. the fat was clamped and excised;
f, g and h. 6/0 vicryl sutures were used to form the double eyelid. 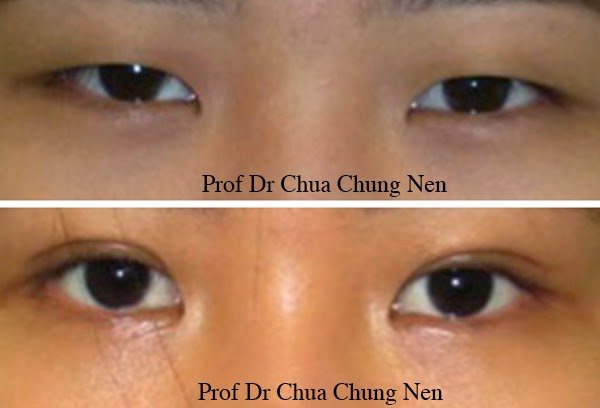 The picture below was taken two weeks after the operation. 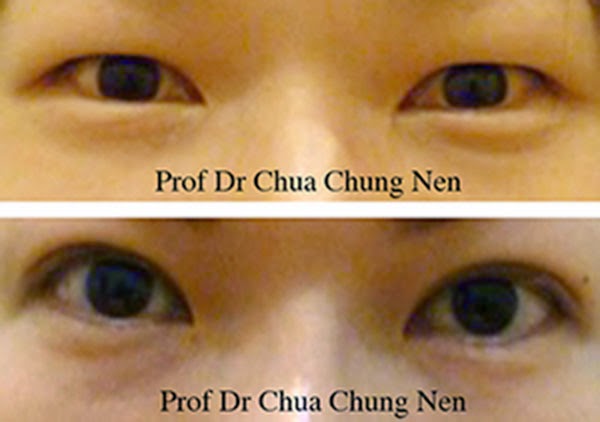 Another patient with the modified suture technique.
The picture below was taken four months later. 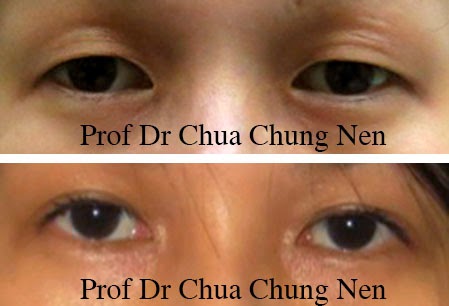 Another patient with the modified suture technique.
The picture below was taken 6 months later.

Doc, could you balance my double eyelids? 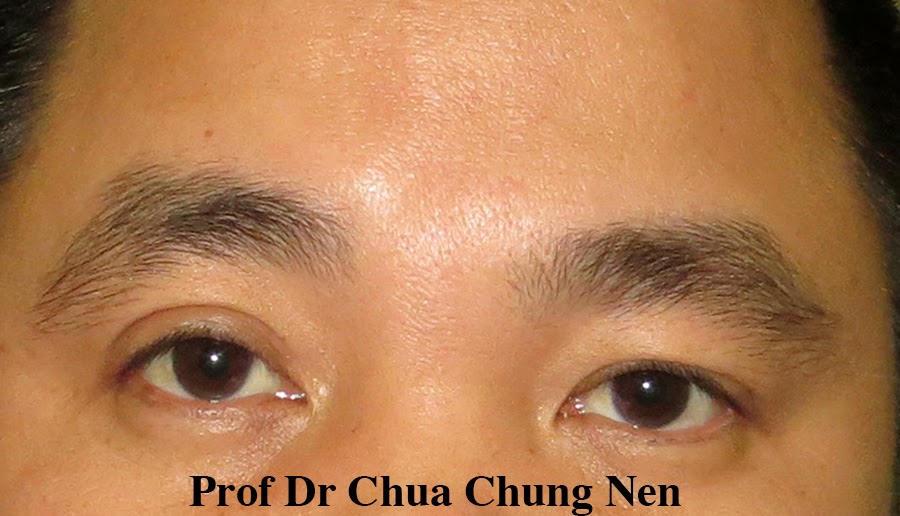 Right double eyelid (skin crease) and
the eyebrow were higher than the left.

Eyelid examination (see below) showed he actually had a right droopy eyelid and this was masked by the compensatory lifting of the right eyebrow. If surgery were done to make the left double eyelid higher, the difference in the eyebrow height will become more marked and the patient was unlikely to be happy. 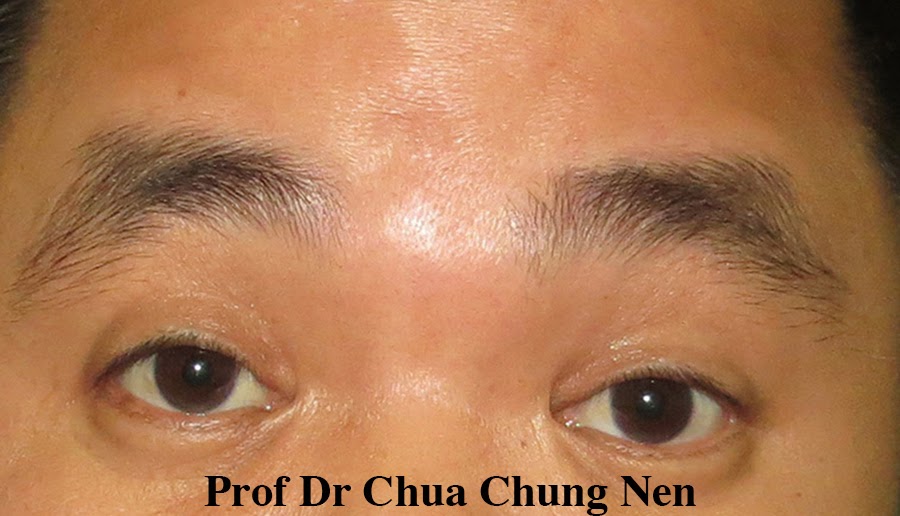 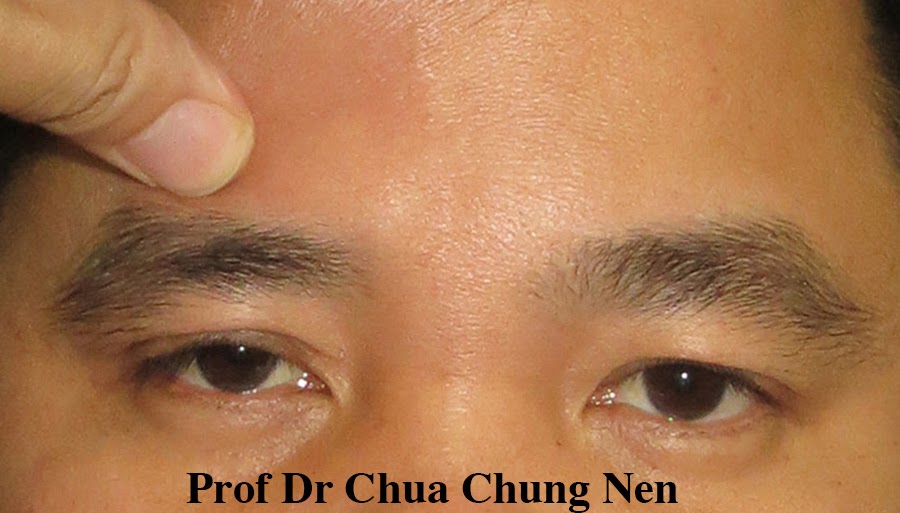 The right eyebrow was stopped from lifting
and the right eye became smaller.

The correct diagnosis was right droopy eyelid (ptosis). This was  most likely to result from dehiscence of the muscle (levator muscle that opened the eye) from the eye infection that he had 7 years ago. The treatment of choice was right ptosis operation. However, he was sceptical about the diagnosis as the two plastic surgeons he consulted both recommended left double eyelid surgery. To convince the patient,  two jabs of botox were injected into the forehead to lower the eyelid. 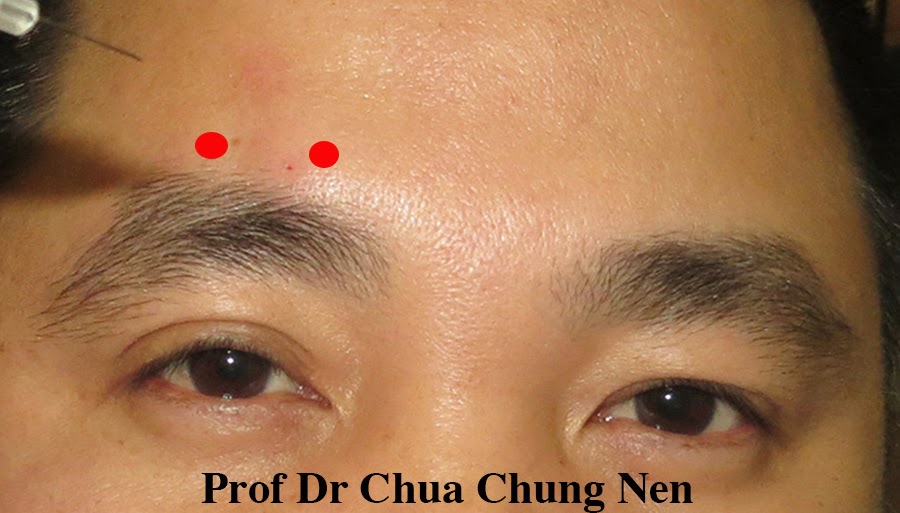 2 X 4 units of botox were injected into the frontalis
just above the eyebrow (red spots).

When seen two weeks later, there was an obvious right mild ptosis. The patient was now happy with the diagnosis and agreed to a right posterior approach ptosis operation. 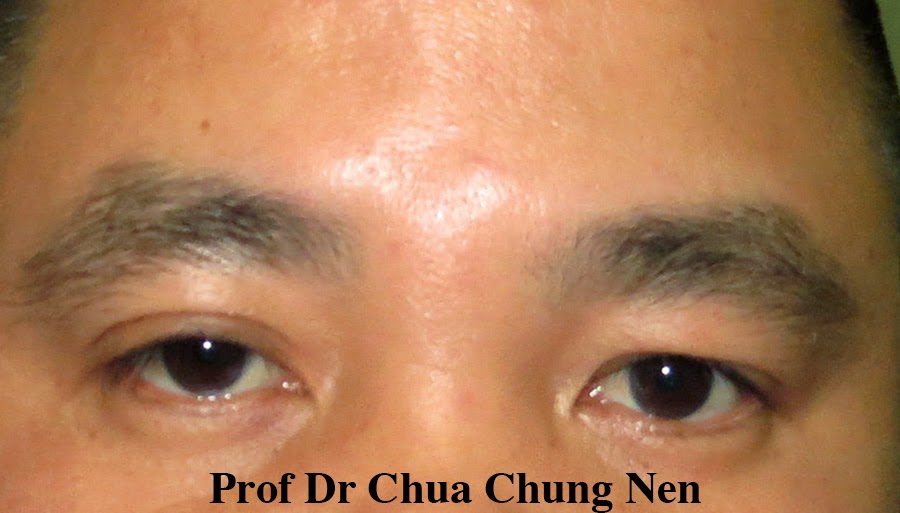 Right eyebrow was lowered with botox.
The right eye became smaller due to ptosis.