This 70-year-old woman had an expanding lower lid lesion for the past three years. Initially, she ignored it until it started to bleed and causing irritation. Biopsy confirmed cell carcinoma. The lesion was excised in total and reconstructed using nasojugal flap. The bottom picture was taken about two months later. 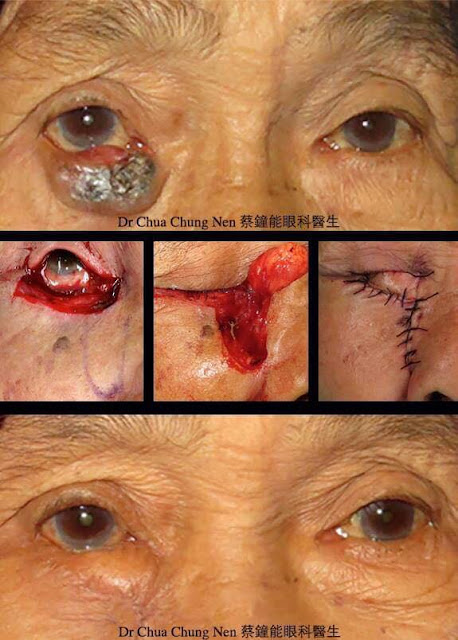 This renal dialysis patient had a rapidly growing left lower lid lesion that destroyed the lower eyelashes. Biopsy by dermatologist showed it to be a squamous cell carcinoma. Complete excision was performed followed by Tenzel’s flap reconstruction. 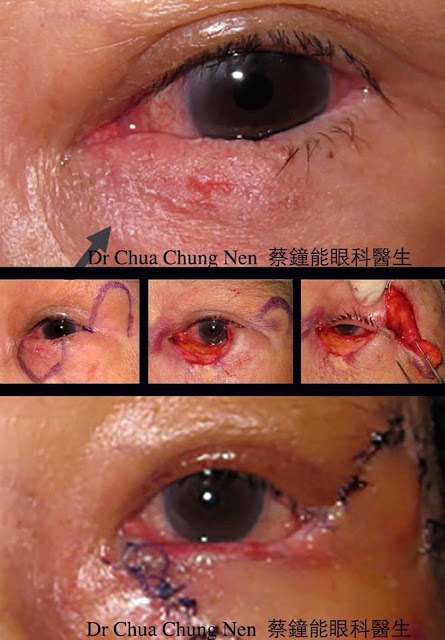 This patient had right cicatricial ectropion from car windscreen injury. The pictures below was taken immediately post-reconstruction. 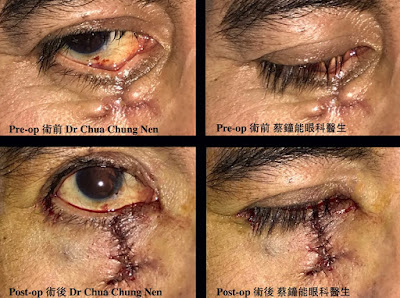